Here's your fair warning: I'm enabling right now!
(Don't say I didn't warn you! ;))
I just had to pass the word that Scrapbook.com is offering an absolutely amazing deal on a collection of BasicGrey EUPHORIA goodies! Included in this kit is a full collection pack (including 18 papers, 1 sheet of alpha stickers and a sheet of element stickers), Olio Rub-ons, glazed brads, and chipboard alphabet as well as an instruction sheet detailing how to make two 12x12" layouts (one of which is shown above), 1 mini album and 4 cards all designed by me. The regular retail price for this is $36.99 but Scrapbook.com has it for just $22.99! (ETA: And they're almost GONE! Only 4 left!!)

New Zealand in a Nutshell

I just couldn't let the rest of the week go by without doing a little tribute about my New Zealand excursion to see my gal Nic Howard and teach at her awesome event, Autumn Escape. It was truly a whirlwind - only 8 days from start to finish - but we jammed in quite a bit in that little amount of time.

The first 24 hours were spent on a plane...oh yes, a plane. Three different ones to be exact. And not even the ones I was originally scheduled to be on. But I made it to my final plane, a huge Qantas 747. My boys would have loved that it had an upstairs! I actually don't remember much of that flight as I was so over-tired so I slept most of way to NZ (it was the shortest long flight I've ever been in ;)) but when I woke up, I woke up to this....

This was my very first glimpse of NZ coming in over the bay into Auckland. To say I was excited was an understatement. (I was even MORE excited when my luggage arrived when it took a different plane than I did to get there!)
Nic and her partner-in-crime, Lucy picked me up at the airport and they kindly worked me through my jetlag packing kits for the event! They tucked me into bed around 8:00 that night so we'd be raring to go in the morning. After getting the final things together, we headed on the road to the Taupo and the resort venue. Holy WOW was it amazing! The trees were just turning and the scenery was so idyllic. Just check out that photo to see what I mean!

I begged Nic and her husband Paul to pull off along their major motorway (1) and let me snap a few pictures of these sheep. Have you ever seen anything so picture postcard perfect? They didn't exactly know what to think of some strange foreigner baa-ing at them, but they generously let me get a few shots anyhow!

After we unloaded a trailer-full of supplies at the resort, we hit the road again to Rotorua to see a Maori show and the amazing geo-thermal features the area has....and the sulfur. Can't forget the sulfur! Kirsty, one of the attendees at AE, was kind enough to be our personal tour guide for over 2 hours as she patiently explained all about the geo-thermal area and the Maori culture. We even caught a rare glimpse into some active (for them) Kiwi birds. I have to say, they are a bit odd looking, but so very cool to see the New Zealand national bird up close. The highlight for me was actually this beautiful geyser who was shooting many feet into the crystal blue sky. It was awesome! (That would be "O fa Orsome" to some of you ;)).

The night ended with the most incredible meal at a stone grill restaurant called "Triple 1" 5. It was truly divine and hilarious watching Nic's face as the waiter cut her meat for her! Back to the resort we went for a good night's sleep before waking up early Thursday head down to Taupo for a few minutes to see this:

My first question (and I'm sure yours too...) was "WHAT did they put into the water to get it that blue?!" Incredibly enough, that's nothing but naturally oxygenated water that flows from Lake Taupo to the ocean via this heavy river current. I was dying to hop on the jet boat to see it up close and personal, but Nic said we had to get back to start getting our venue set up. I mean, after all, we couldn't NOT have this:

This incredible candy bar (Lolly bar) was courtesy of the beautiful Rachel Tucker and her vivacious friend, Kate. They slaved away getting this gem ready for the ladies and it was by far one of the many highlights! I even developed a new appreciation for milk bottles! (A vanilla version of Tootsie Rolls!)

The next morning had me teaching my very first class to these talented ladies. I'm not kidding when I say the Kiwi crew were some of the best students I've ever had. They were ready to attack anything I gave them and trust me, I put their trimmer through some paces!

These are all the behind the scenes ladies along with Nic, Lucy, and Rachel (the other tutor and candy bar lady ;)) Don't they look like such a fun group?!

Finally it was time to begin my trek home. Another huge 747 to fly me home to these waiting guys...

who as excited as they were to see Mama, might just have been slightly more excited to get the treats I brought back! ;)

on REFLECTIONS coming up next weekend! Reflections is a weekend retreat at Newport Beach, CA and I'm super excited to be one of the instructors along with the amazing Elizabeth Kartchner, Kelly Purkey, Maggie Holmes, Katie Watson, Debbie Campos and Danielle Flanders!

Since it's coming up so quickly, I thought I'd post a few sneak peaks of my layouts for my class. We'll be doing 3 single page layouts and 1 double page. It'll be jam packed but tons of fun! 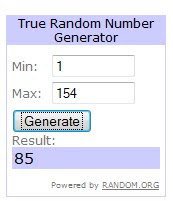 Congratulations, Renee! Please contact me at kelly(dot)goree(at)gmail.com so that I can get your information to Shary at live2scrapbook.com!

I literally just walked back in the door from a 24-hour flight marathon to get back home! And after tucking my little crazy men in bed for school in the morning, I didn't want to make you wait any longer to see the awesome giveaway my April Sponsor, Live2Scrapbook.com put together just for you -and wouldn't you know it is oodles of BasicGrey??!!

Ok, so I know it's actually like 6 p.m. or so Tuesday evening in the States, but for me, it's just time to get up and get at 'em this Wednesday morning! (I'm still adjusting to that crazy international date line/time change thing!) I arrived in beautiful New Zealand yesterday morning and was met by the amazing Nic Howard and her equally spectacular friend Lucy. They kept me busy yesterday getting thing ready for Autumn Escape! They worked me right through jet lag so I am ready and raring to go today!

In just a short bit, we're hoping to set of toward Taupo stopping at some points of interest along the way. I can't wait! I'm looking forward to seeing all you AE ladies in just a day or so!

And just to give you a fair warning, my awesome blog sponsor Live2scrapbook.com will give hosting a giveaway as soon as I get back - all kinds of awesome BasicGrey goodies and more. You won't want to miss it! 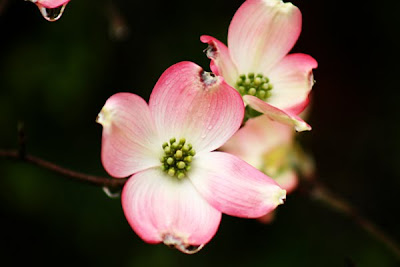 I've always loved the Christian legend of the Dogwood Tree. It's a beautiful story and as the trees are in flowering in beautiful abundance right now, I am getting the reminder on a daily basis of God's love and Christ's dedication to us all. I have been fascinated with capturing the tree right next to our house in every phase imaginable from new buds to dripping with rain. While I share a few of my favorite images, I also thought I'd share the story with you for those that haven't heard it and for those who love it as much as I do. 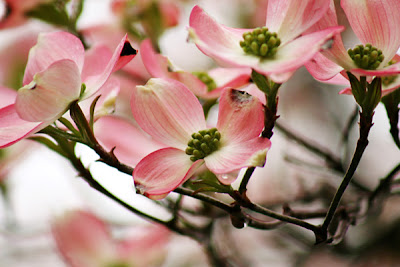 o legend the dogwood was the size of the oak and other forest trees. Being firm and strong, it was chosen as the timber for the cross, during the Crucifixion of Christ. According to stories, the tree was distressed for being used for a cruel purpose, and Jesus being nailed to it sensed this and told the tree, "Because of your regret and pity for my suffering, never again shall the dogwood tree grow large enough to be used as a cross. Henceforth it shall be slender and bent and twisted and its blossoms shall be in the form of a cross, two long and two short petals. In the center of the outer edge of each petal there will be nail prints, brown with rust and stained with red, and in the middle of the flower will be a crown of thorns, and all who see it will remember ..."

I am heading to the beautiful country of New Zealand tomorrow to hang with Nic Howard and teach at her awesome event Autumn Escape!! I'm both beyond excited and beyond nervous! Ha! I can't wait to meet all you awesome ladies down there and have some fun creating! (But don't you even try to get me to eat Vegemite ;)) I doubt I'll have a chance to post again before I leave so I want to wish you all a wonderful weekend!

You don't dress like this to play football in YOUR front yard? ;)

I hope that you don't end up fooled too badly today! My oldest is already preparing his tricks so I need to be on-guard for the duration of the day lest he "gets" me. Gotta love the 10-year-old! 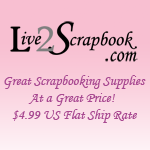 at's not a trick today is my new April sponsor, Live2Scrapbook.com! I want to give them a huge welcome let you know all about them. Here is what the amazing Shary says about her store:

"Our mission is to provide great scrapbooking supplies to your door, wherever that may be, at a great price. We pride ourselves on the level of personalized service we are able to provide our customers. We read and respond to all emails quickly. If we can reasonably accommodate a request, we will do so. Our goal is impress customers with our service and win friendships and repeat business. In short, we want to be the 'go to' place for scrapbooking supplies!

We've been in business since 2004. We carry a great selection of products for scrapbookers, cardmakers and stampers. We carry the latest releases of many popular brands, as well as classic favorites, including Basic Grey, Making Memories, Fancy Pants and more!. We ship fast and offer flat rate shipping...$4.99 for domestic shipments.. $15 priority to Canada.. $25 priority to all other countries."

What Shary didn't mention above but what I think is so great about her and her site is her Green commitment. Here are just a few words about that from her site:

I am so excited and proud to have Shary and Live2Scrapbook.com as a featured sponsor this month. I hope you'll take a minute and visit and see all she has to offer (like her amazing selection of BasicGrey ;)) and so much more! And later this month, Shary will be hosting a fabulous giveaway just for one of you awesome blog readers!

Have a glorious first day of April, all!