Well, hello out there!


I hope everyone is having a great weekend! It has been brought to my attention (sometimes not so subtly ;)) that I haven't really posted about anything to this old blog except for work-related stuff and I know even that's been limited. That's been somewhat intentional, but as I got to thinking about it, I realized that I really do love looking back at past posts and seeing what had been happening in our lives at that moment.

So in a *small* effort to fix that situation, let's start with one of the biggest things that happened to us this summer.
Meet Scout!
(Scout is very fitting name for this pup since all my boys are scouts and my husband is a Scout Master! I just can't get away from it!)
Scout is our (at the time) 11-month-old chocolate lab rescue pup. 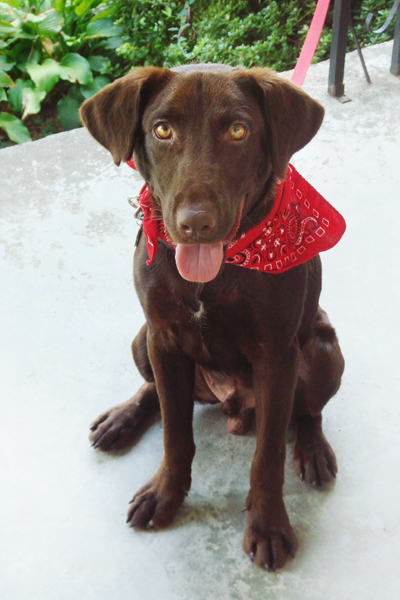 Isn't he the cutest?! The story of how he came to us is really very serendipitous (and long!) but I'll condense it by saying both our family AND Scout got really lucky when we found each other. Scout was adopted through the WAY HOME RESCUE ALLIANCE and they and his foster mom, Lori, were amazing. 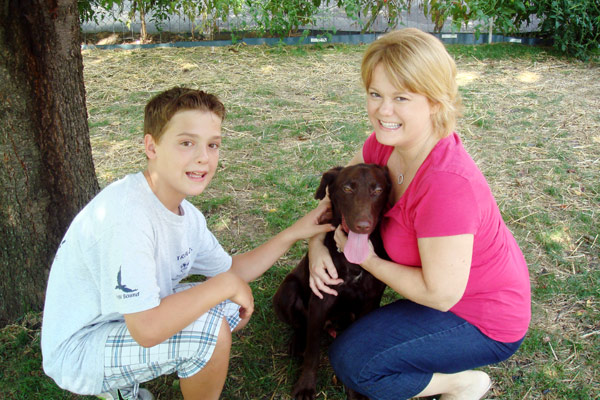 Ethan and Me on one of our first visits with Scout. 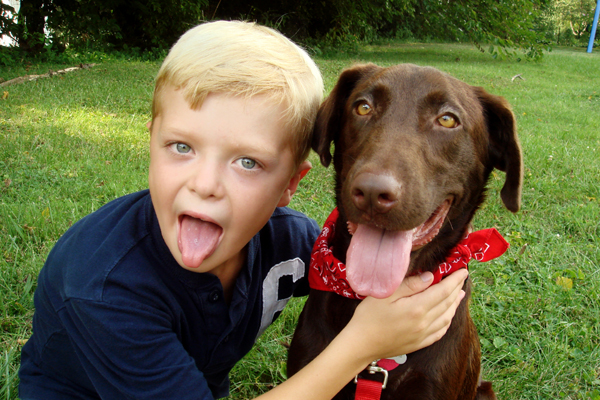 He fit right in with the crew if you couldn't tell. In this photo he'd just been with us a few days and already owner & pup were starting to look alike! ;)

One of the first activities we did with Scout was canoeing. I think at this point we had only had him for a couple of weeks. We weren't sure how he'd do, but he was amazing - or at least he didn't roll the canoe which was all we could ask for! 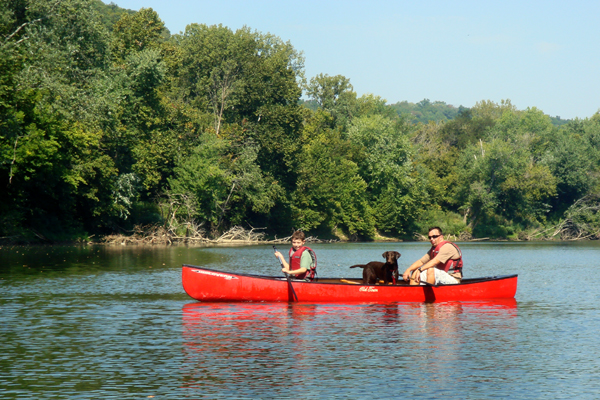 I swear this photo should appear in an outdoor magazine which is really comical since I am so NOT an outdoorsy person! This is Dad, Turner and Scout as we first set out. I was in another canoe with Ethan and Carson and trying to take pictures. (Er, that didn't always work out so well.)

This was the day, though, that led to us realizing that we couldn't have gotten a more perfect dog for us. Not long after the photo above was taken, Scout decided he needed to use the restroom. The only place we could find that had a bank for him to get out on also had a giant rope swing. So while Scout did his business, the boys took turns jumping off the swing and into the water. It was great fun! At least the boys thought so.
But Scout? He wasn't so happy.
He was so anxious that his boys were in the water and the next thing we know, this happened: 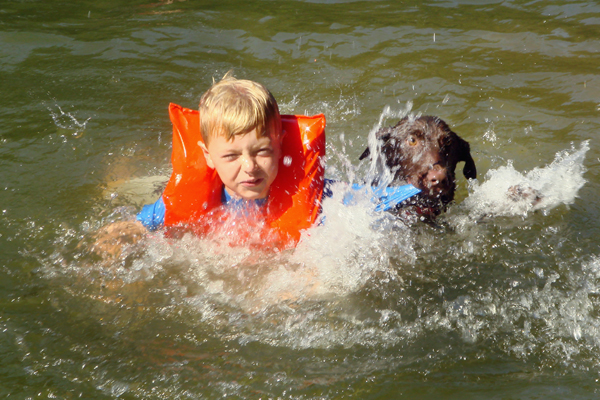 The pup started jumping in the water and "rescuing" them from the river! He grabbed Carson by the shirt first and dragged him back to shore. Turner was next on his list. Just look at the determination in his eyes! Bless him. We stopped after this because we didn't want to give the pup pure fits, but I was so proud of him! 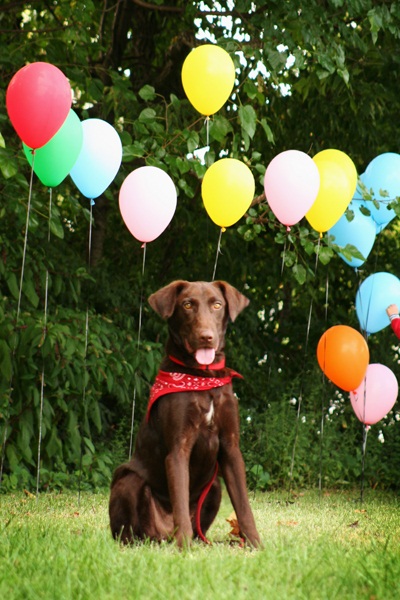 Now he's a true part of the family. The boys love him and he loves them. It's crazy. I guess it really is true that every boy needs a dog and every dog needs a boy...or three.

We celebrated his birthday complete with balloons (okay, so it was really the neighbor's birthday, but we took good advantage of the timing!) and belly rubs around.

I'm sure you'll be seeing much more of him in future posts and pictures. And before anyone asks, yes, now I have FIVE boys - my boys, the husband and now the dog. sigh.

Oh my gosh, what an awesome dog! He must have really bonded quickly with your kids and believes his job is to protect them. He obviously takes his job very seriously! TFS! I love rescue stories like this.

I have had so much fun seeing these on FB over the summer. I just love the pic of him rescuing Carson!!! Oh and the birthday balloons... what timing!!! (Didn't you scrap that photo already??) They are fabulous photos, Kel!! And, you are really out numbered!!! LOL Between the kids, Greg, the pets (2 dogs, 3 cats - 2 cats are my oldest's), it is 5 to 4 in the girls favor. :)

I absolutely LOVE the story about Scout rescuing the boys! And that picture is priceless! I can't wait to see and hear more about your (furry) superhero son and the not-so furry ones, too!!! Thanks for sharing!!!

what a cute dog you have..

Scout is adorable as is your family. Some things were meant to be. :)